A COLLECTION OF TREES: AN EXPLANATION OF THE PAINTING PROCESS


A Collection of Trees:

The Collection of Trees piece has been created to the same size as the Coastal Pathway piece, again at 120cm x 90cm from a stretcher of a previous year. Once again the size suits the scale of the features of the piece, so I believe that there isn’t really an issue, of course you could always create something larger but if I’m representing it through a similar visual, scale doesn’t matter as much, there’s more scope to be braver on a larger canvas, though often it’s just as difficult to proportion a smaller one and say exactly what needs to be put forth.

The initial onsite study captured my eye because it had one very integral feature, a forest of trees directly central of what I was viewing. I thought that they framed the rest of the composition rather fittingly, where the skyline and the grassy fields surrounding were fairly balanced. It was simply an interesting focus of attention which caught my eye.

The painting started off in a similar manner to the Coastal Pathway piece. I experimented with the background, before I knew what the piece would depict. Initially I began a piece corresponding to the onsite piece titled ‘The Logs’.

However I felt that it wasn't progressing as I had hoped, I wasn't excited by the outcome so far, which sometimes happens, the piece that you want to create is not ready to be transcribed at that stage, perhaps later in the development. I had a look at my En Situ works and simply thought that the piece could work on that scale and the composition was fairly intriguing, so that’s how it began.

The beautiful aspect of working with oil paint is that it is relatively easy to completely change the visual expressed, In this case I believe I kept the original painting as the background and elaborated on top the new imagery which I was prepared to develop further.

The painting has progressed well, I feel, it incorporates a lot of the heavy, thick oil paint techniques of the Coastal Pathway piece, however the areas surrounding have more of a variety of textures and marks made, which really break up the composition far more and create a balance within the piece.

Would I change anything about it, there is a lot of green, which does reflect the visual of the original, though more of a variety of shades and perhaps adding more brown earthy colours into the forest area, would have broken it up slightly more effectively, though apart form that I believe it’s a nicely proportioned piece. 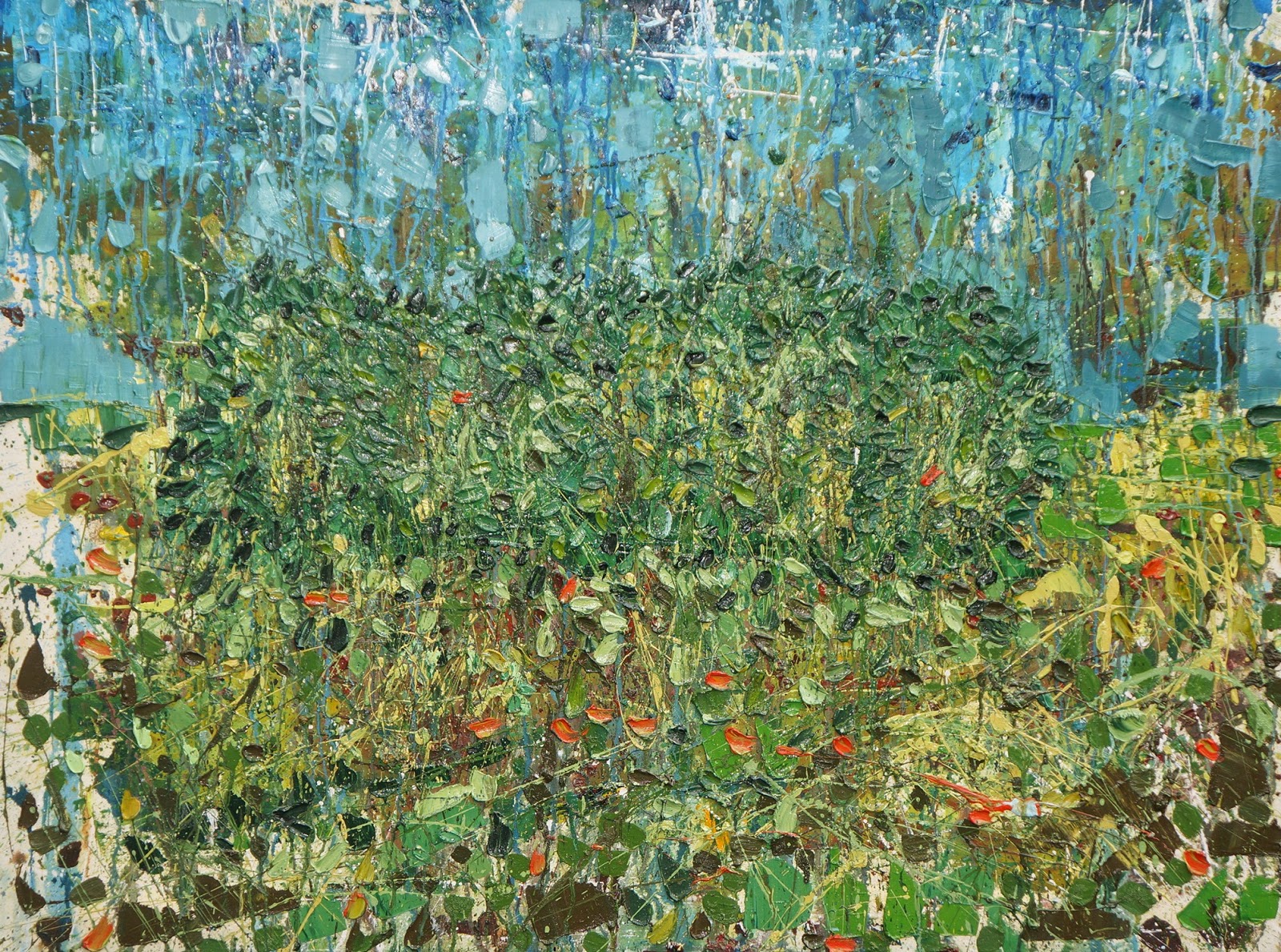